Bermuda Import & Export (BIECO) is a family-owned import/export business, started in 1949. Graham Fowle, grandson of the original owner and current company president, gradually expanded company lines, starting with the addition of produce and alcohol. Bermuda Import & Export now has 25 employees, and carries produce, seafood, groceries, alcohol, dry and frozen goods, and some dairy and meat. The majority of goods are perishable items.

Bermuda is a small market of 21 square miles; the company sells to all available outlets, including restaurants, hotels, resorts, clubs, grocery and convenience stores. There are no consumer retail sales.

The company’s accounting and inventory control ran on a text-based Real World SCO UNIX application, which was eight years old. Real World opens many individual data files and needs a specific running environment. For Bermuda Import & Export, this system of managing inventory and accounting was keyboard intensive and used a great deal of paper – as screen shots were unavailable, printing out the data was the only way to analyze information. Ordering was done on pre-printed forms, with costly reprints for each pricing change. Neither reports nor queries could be ordered directly from the database, and historical data was unavailable.

Two systems were used for accounting: RealWorld for Accounts Payable, and Synchronics’ General Ledger and CounterPoint for inventory and accounts receivable. The server had crashed a few times, and both Real World and Synchronics applications were time-consuming and cumbersome. Bermuda Import & Export needed an alternative, more efficient solution, and investigated several accounting and business management packages. BIECO was looking for: According to the company’s Financial Controller, David Potts: “Blue Link Elite just seemed to fit – it was exactly what we wanted.” The Landed Costs feature was especially critical as the company imports 90 per cent of its items, making Landed Costs and Customs into major cost items. In addition, it was important to integrate the various hardware and software programs (including Windows ‘95, 2000, and XP), and the Unix server.

Cost was a critical factor in choosing the new accounting package; David Potts remarks: “There was consideration of every penny spent.” Training costs were particularly important. Local training was considered too expensive, as rates are very high for skilled IT people. Importing offshore training staff was considered, but Bermuda is an expensive place, and cost for accommodation alone would run to $300 per day.

Blue Link’s remote software implementation process seemed the ideal solution. The cost of international telephone calls was a fraction of the hands-on installation and training costs suggested by other companies. David Potts’ technical knowledge made the installation “relatively painless”. Blue Link purchased the hardware, installed the software and shipped the whole package to Bermuda. Data was sent to Blue Link, which also set up the network, and tied it into the computer system at Bermuda Import & Export. Potts says, “We were very pleased with the installation – we were told where the challenges would occur.” The first week was challenging, with new information to absorb and time needed to get a feel for what the software could do. Potts adds: “Everyone in the company was used to the old system and were accustomed to being able to blame any failings on the old, out-of-date software – with the new Blue Link Elite, that excuse was no longer viable.” There was some initial resistance to Blue Link Elite – mainly from long-term employees who were resistant to change. But Blue Link stressed that training was critical to implementation success – and David Potts reinforced that approach with employees. The process became smoother over time as employees bought into a new reality. The old and new systems were run in parallel for about three months, and full conversion took place in November 2006 Read this whitepaper to learn what landed costs are and why they matter to your business.

Get Your Free Copy Now David Potts says, “I’m amazed what Blue Link Elite lets me do with the data, including accessing reports that simply couldn’t be done before. We haven’t even touched some of the things it can do – it’s great knowing the other options are there.”

Potts adds: “The old system allowed selling to negative numbers, but Blue Link Elite doesn’t allow that, so old habits had to be cleaned up.”

Bermuda Import & Export operates in a self-identified ‘loose’ structure but is aware of the need for basic controls: “Blue Link gave us that structure. And the software changes as people change – it’s a nice balance.” David Potts recalls the example of one long-term employee, an expert on landed costs and customs. He is close to retirement, and it was feared he would choose to retire early as opposed to learning new computer skills: “But, he found Blue Link Elite simple and intuitive enough to take it on right away.” The Remote Desktop feature is in constant use and problems are solved immediately with employees trained to solve their own problems. David Potts says, “After that first week, everyone was really pleased with the new system.”

He adds: “Getting Blue Link Elite was the best decision I’ve made – and that Bermuda Import & Export has made – as it really has helped us out.” 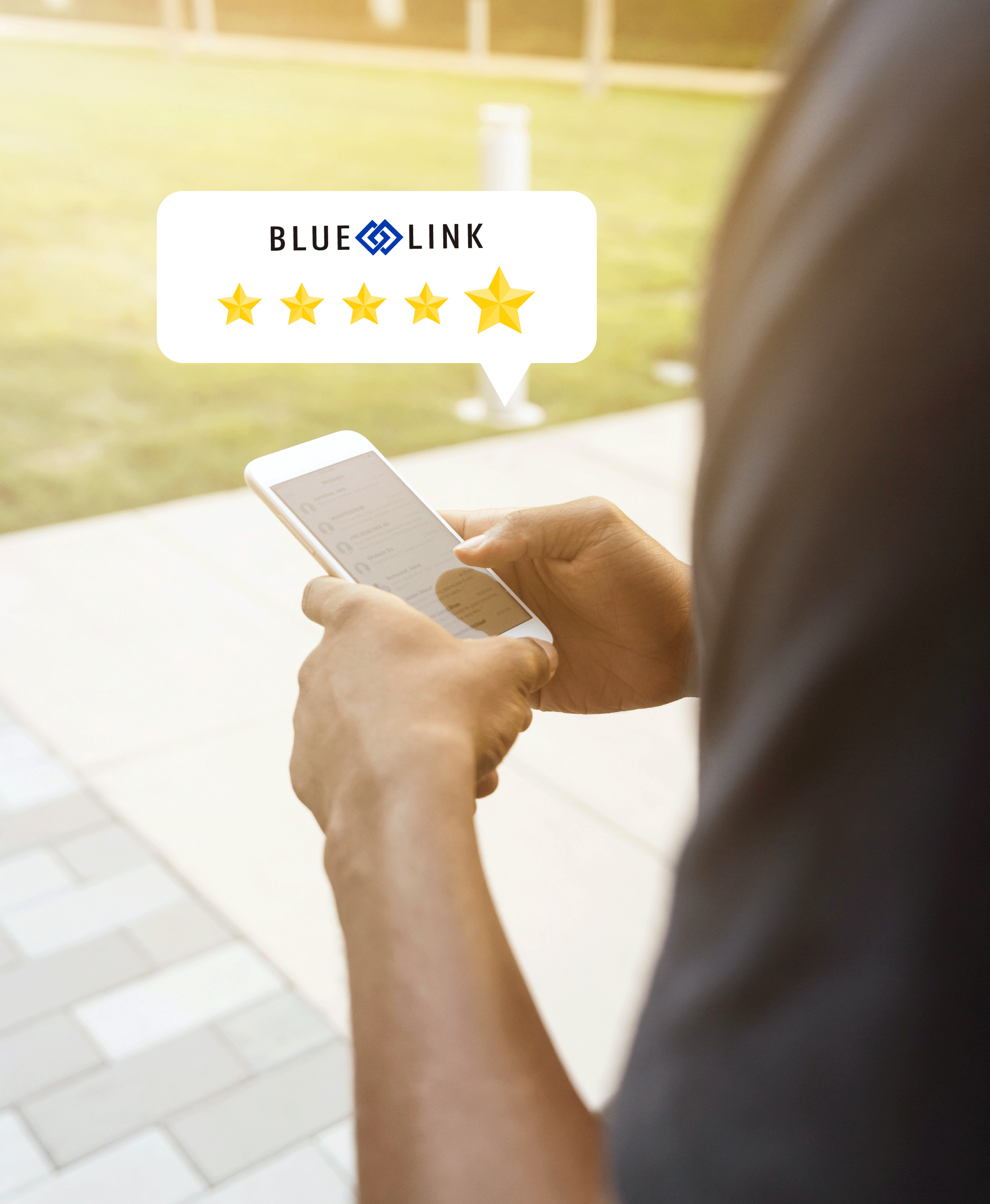 Everything is fine, it works just wonderfully. We just check the purchase order against the invoice, make sure there are no discrepancies, verify the bill of lading, and the system creates the Customs Declaration Form, the accounting voucher, and the cheque amount. It’s a three to five-minute process, and saves a lot of time.